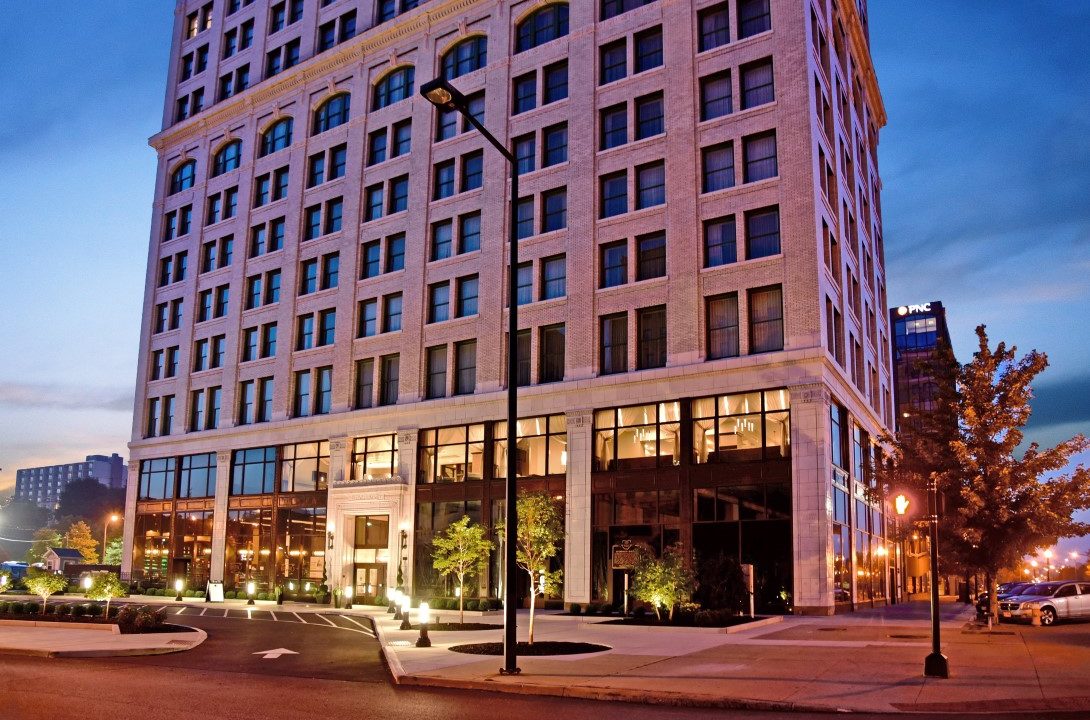 GreenHeart Companies was one of the lead companies enlisted for the renovation of the landmark Stambaugh Building and its transformation into the 125-room DoubleTree hotel.

Constructed in 1907 as an eight-story structure, the Stambaugh Building, housed the offices of the Youngstown Sheet and Tube Co. In 1914, the upper floors were added to the building, bringing it to 12 stories. NYO Property Group announced plans in 2014 to redevelop the property as a hotel under Hilton’s DoubleTree brand.

The mission for GreenHeart was to preserve the character and integrity of the historic building by renovating, restoring or replacing the original wood windows to full functionality.

On the 12th level of the building is the 4,100-square-foot Palladian Ballroom. “It’s more uncommon than it is common” for such a space to be in the upper level of a building rather than lower space. Originally, more rooms were going to be put on the floor, before the decision was made to use it as ballroom space to capitalize on the view from that level.

The large windows throughout are atypical for a hotel, but help the rooms feel bigger because they make the rooms brighter, John Angelilli, GreenHeart Windows, said. The effect is “a more dramatic” on the eighth floor, which retained the Palladian windows from when it was the building’s top level, he said.